One of the highlights of the Summer Term is the opportunity for us all to come together for Sports Day. This year we will be holding a Virtual Sports Day between Monday 6th and Sunday 12th July. As a family, you may choose to complete the events in 1 day or you can spread them across the week. Like any other sports day, your child/children will be earning points for their house (Ash, Beech, Chestnut and Oak) and they will be competing against all the other houses to see who will be crowned winners of Willowbank School Sports Day 2020. 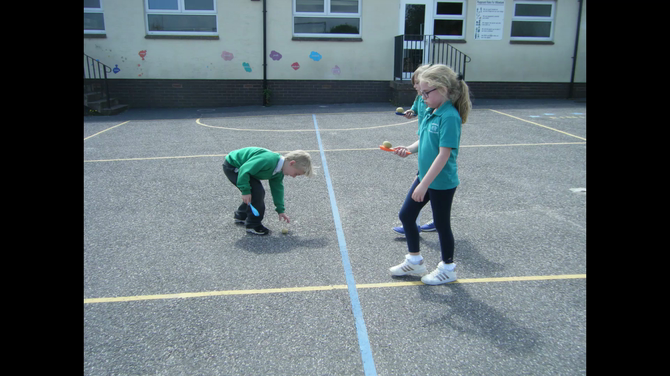 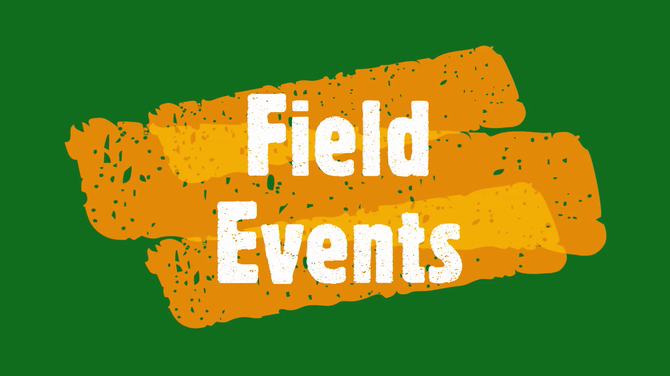 Here are some of our Year 6 House Captains and Sports Leaders demonstrating a few of the events for our Virtual Sports Day. 📕📗📒📘🏆

Thank you so much for your contribution for Sports Relief, as a school we raised £223.

Our contribution will make a difference to people who need it the most, particularly those who are living in poverty.

As well as your raising money, our Year 6 Sports Leaders aimed to promote physical activity across the school. Every lunchtime, for a week, the children set up 3 activities: rugby kicks, penalty shoot-out and timed passes. Across the week, the Sports Leaders encouraged over 1,000 participants to participate between all 3 activities. Each group also set themselves a target. We achieved:

It was fantastic to see so many children active and engaged.

A massive thank you and well done to our Sports Leaders!

A massive well done to our cage football team who are now 2020 Cage Football Champions. These boys showed dedication, enthusiasm and sheer determination throughout the entire tournament. A well deserved win!

We took two teams to participate in cage football. During our lunchtimes, the children have spent time practising cage football - they developed confidence as a team and had a secure understanding of the rules.

All the children's hard work paid off as one of the Willowbank teams won 6 games and drew 1 therefore topping the table and securing a place in the finals. They demonstrated incredible football skills and built upon each game which helped to improve their performance.

The other Willowbank team also dazzled us with their fantastic football skills: scoring some phenomenal goals; communicating with one another; and demonstrating excellent perseverance and resilience.

Our year 3/4 football team secured another fantastic win (8-1). Jake was our top scorer with 4 goals, Harry scored a hattrick and Jack finished the game with 1 goal.

Year 5/6 also excelled during their game with Henley scoring a hattrick resulting in a 3-1 win.

The boys in both teams are continuing to work with each other strengths: becoming stronger as a team in every game - keep it up boys!

Willowbank made quite a splash at the swimming gala. The children excelled themselves with some children swimming competitively for the first time. Every child,showed great determination, swimming 2 lengths of the pool in a range of strokes: front crawl, breast stroke and back stroke. They also worked incredibly well as a team during the freestyle relay.

Children across year 3 and 4 attended an evening where they were able to develop their hockey skills including using a hockey stick correctly, accurately dribbling a ball around an obstacle course and passing the ball. The children had lots of fun learning something new and challenging themselves.

If your child has an interest in hockey, take a look at our local hockey team's (Exeter and Culm Valley Hornets) website.

Over 50 children across KS2 (girls and boys), enjoyed a fun filled football evening at CCC. Split into 8 teams of 7, each team played one another. The children's enthusiasm and excitement filled the astro-turf. It was fantastic to see so many parents watching and supporting their children.

Our year 5/6 basketball team had a fantastic time during the basketball finals - finishing in 2nd place. They worked creatively as a team by utilising individual strengths; Henley, Kingston and Danny were able to make accurate shots and scored some terrific goals. Lewis' fast thinking enabled the team to travel up and down the pitch with speed. Freya, Milly and Tala made several accurate passes whilst continuing to boost team moral.

Football Vs Uplowman - 22nd January, 2020
Winners all round!
Year 3/4 won 9 -1 and year 5/6 won 5 - 1. The team spirt and dedication of all of players shone throughout the  duration of both games. Within our training sessions, the boys have been focusing on improving communication and building team moral; it was fantastic to see the boys talking to and supporting one another throughout. Well done boys - keep up the positive attitude and hard work!

We took two teams to participate in the High 5 Netball tournament, a mixture of girls and boys across year 3/4/5 and 6. They showed excellent team work and communication. As the tournament progressed, the children's confidence grew enabling them to demonstrate their dribbling, passing, defending and shooting skills.

Our weekly football training session, for the CVSA Football League, is continuing across the Spring Term. It is lovely to see such an enthusiastic and dedicated group of boys.

What a wonderful way to start the year! A group of children in year 3,4,5 and 6, who wouldn't usually choose to participate in sports, embraced the challenge games with the aim to develop their confidence and enthusiasm for physical activity. They engaged in a range of challenge games such as obstacle courses, throwing, relay races and kicking a ball into a target. Each of these activities required them to show team work, resilience and determination.

Wow - it was wonderful to see lots of children join us for an evening of dance at CCC.

The children worked in small groups to think of different dance moves create a sequence of moves using the stimulus of 'The Incredibles'. The children had excellent rhythm and co-ordination. Well done to you all for confidently performing in front of lots of children, sports leaders, teachers and parents.

We (Willowbank) went to Culm Valley sports centre to participate in Athletics versus many different schools. We competed in 7 different activities such as: chest push, jumping side to side, skipping, standing long jump, spiriting, vortex throw and a relay. Although we completed each event separately, we had to work as a team to earn the most points. It was hard work but we persevered and tried our best. 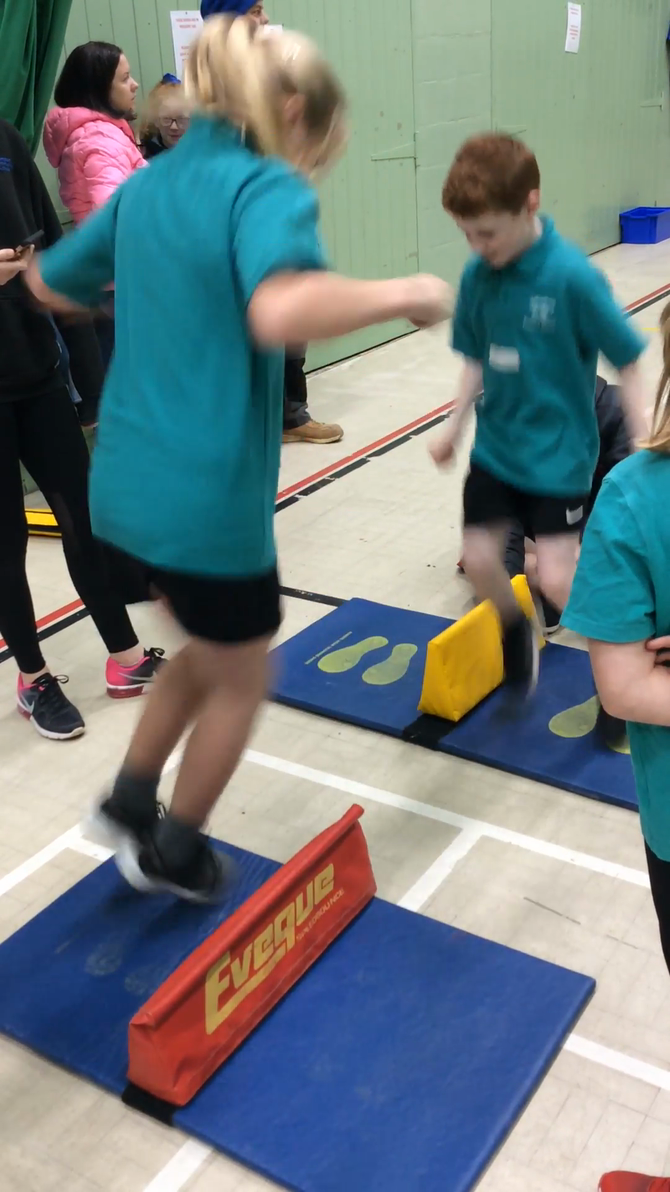 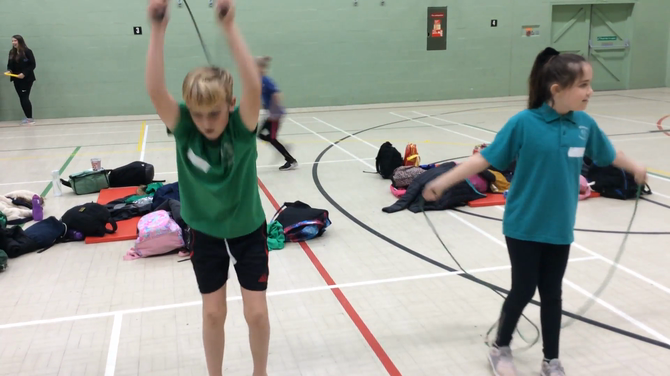 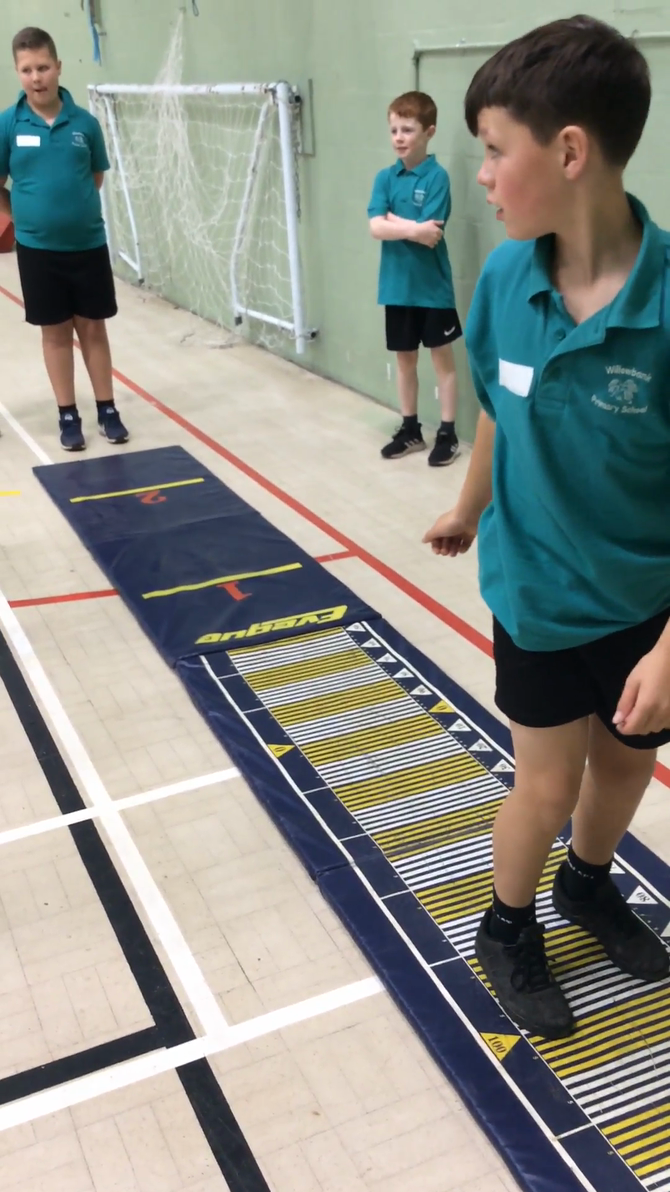 On Wednesday, we travelled to CCC to take part in a Basketball tournament against 4 school. First, we played Duchy, I(Henley) scored 3 goals helping us to our first win. The final score was 3-0.  Willand challenged us by scoring 2 goals but thanks to 3 goals from Kingston and 1 goal from me we secured the victory with a final score of 4 - 2. Despite us continuing to try our best, Plymtree managed beat us 2-0. In our final game, St Andrews initially took the lead but after a goal from Danny and Kinston we were able to settle the game with a draw (2-2). Overall in the tournament, we came 2nd therefore qualifying for a place in the finals which will take place in January at Uffculme School.

Our Year 3/4 football team worked well together and communicated well with one another. Tristian played well, with him nearly scoring a goal. The boys managed to execute quick passes and played in their positions well. I feel the man of the match was Jack because he was determined to get back to defend the goal and made excellent passes to other players in the team.

We travelled to Willand School for a football match. In the Year 5/6 match, before halftime, Harrison played a beautiful cross to Henley who released a vicious shot just past the post. Soon, Willand were running through on goal but an amazing save from the Willowbank goalie (me) kept the score at 0-0. Moments later, Henley was on the ball and let loose a curling shot towards the top left corner, forcing an outstanding save from the Willand keeper. Again Willand slotted a pass that the striker ran onto. Disappointingly, he tucked it into the bottom right corner. 1-0 to Willand. Putting on the pressure, Willowbank ran through as a powerful shot from Henley slipped past the Willand goalkeeper. 1-1! This was the score at half-time as we swapped ends, silence filled the air. During the second half, about four minutes in, a goal crept passed the goaler. 2-1 to Willand. Five minutes later, a well worked move in Willand's half lead to an excellent shot from Kingston saved by the keeper. The ball was hoofed by the keeper a great touch from midfield and passed over the top to the forward with a shot harder than a rock flew past the keeper. After the restart, a clever move lead towards a strike like thunder from Kingston and into the bottom corner! 3-2. Confidence brimmed as we restarted. As Willand attacked one last time, our defender tripped and conceded a penalty. The goalie dived but he was inches away. 4-2. That was the final score.

On Wednesday, we went to the netball tournament at Cullompton Community College. There were two teams: Willowbank A and Willowbank B. We played against four other schools (6 teams in total). We started playing in the rain, both Willowbank teams played three games outside. We started getting cold and wet but we persevered and got our coats to finish the games. Then we got our bags and walk to the sports centre and played two more games. Willowbank (A) played and Willowbank (B) had a break. When Willowbank B played Willowbank A had finished all their games.

I think all the schools played really well, and we all worked as a team. Great efforts Willowbank.

On Wednesday 2nd October, we had a fantastic afternoon at Killerton for the Cross Country. We took 8 children (4 boys and 4 girls) from each year group across KS2. We are very proud of all of the children for completing the course to the best of their ability.

There are few performance that deserve a special mention:

We took part in a 'Tag Rugby World Cup' at Lady Seawoods. We all had a wonderful time. Many of the us scored tries. Overall, we came 4th.

Exeter City are working with Owl, Foxes and Deer class across the year.

This half term, Owl Class are learning the skills of Netball. They are focusing on working effectively as a team, communicating clearly and making precise and accurate passes to play shots.

This week, they have thought carefully about how they can demonstrate effective dribbling around obstacles; performing skills with control and confidence. Please read the information below which gives details of our PE and Sport Premium Grant and how we allocate the funding.